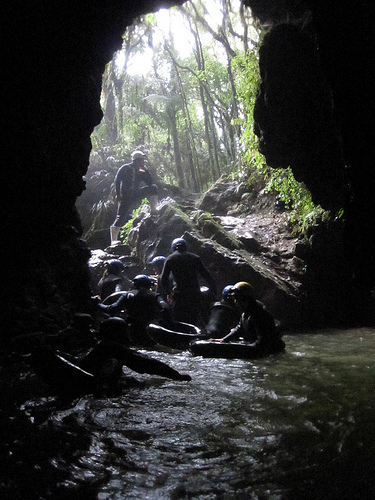 For some time now, the wiki has been the most likely place for new and useful content to appear on my website. I’ve finally bitten the bullet and made the wiki the front of my website and done away with the static php-based site I had hacked together a number of years ago. This is the biggest change I’ve made to the website in a number of years. I’m also using the wiki for blogging now too, which should work out reasonably well. My RSS feed should continue to work with minor interruption for the changeover. At some point, I’ll see about importing the blog archive to the new site so that it is searchable and whatnot. I’m probably the only person who cares about this, but I think it’s worth doing.

Meanwhile, things in New Zealand are going well. Three weekends ago I visited some friends in Auckland and explored the city there. We hiked up a small cinder cone, watched some local rugby, ate some fantastic mussels, did a lot of wandering, drank a staggering amount of good wine, and rang in the fourth properly with homemade apple pie, potato salad, burgers, and Johnny Cash. Two weekends ago, I went tramping (“tramping” == “hiking”) in the Kaimai range on the east coast of the northern island with a few folks from a tramping group in Hamilton. We hiked up to a hut on the ridge, predominantly via Thompson’s track, taking in splendid views of the Bay of Plenty and east across Waikato. We also bush-bashed to the crash site of a famous aviation disaster. I took a couple crummy pictures on the trip, which I’ve uploaded to Flickr.

This last weekend, some american friends (Zane, Will, Dan, and Bradford) from around New Zealand came and visited my neck of the woods. We traveled south to Waitamo and did some caving there with a guide company. The caving wasn’t maybe as “extreme” as I might have hoped, but was still a blast. We saw tons of glow worms, jumped off underground waterfalls, and emerged from the cave unscathed at the headwaters of a sizable river. Really a neat experience overall. I also got to take the group around to my favorite spots in Hamiltron, including the Farmers’ market (which I actually hadn’t been to), the best spot for greasy late night grub, and the best spot for good craft beers. We drank good beers in the cool evening while watching the All Blacks stomp the Spring Bucks.

When not making weekend trips, I’m working in the lab here at the University of Waikato. I’ve been chugging away at what will likely become my thesis work and collaborating on various projects with students here. I’m only in New Zealand for a few weeks longer and am not sure what I’ll end up doing. Surfing, mountain climbing, and the Tough Guy race are all on the likely agenda.