I’ve just finished up 3 months in New Zealand. During a good portion of this, I was working at the University of Waikato in a smallish town in the middle of the north island, called Hamilton. More recently, I just wrapped up a 12 day long, mostly-solo journey in a campervan (basically a minivan with a bed and sink in it). All told, I put in just under 3000 Km’s of driving and saw a whole bunch of the north island. Just before the roadtrip, I also had the opportunity to travel to the south island and give a talk at the University of Canterbury. I explored the city of Christchurch and got into the mountains at least one day (weather only permitted one day) to study the (icy, slopery) boulders at Castle Hill and the beautiful Arthur’s pass. Winter isn’t the best time for the south island and 4 days (10 if you count my trip to the region around Nelson in June) isn’t much time, so there’s alot left to explore, but I’m happy to say that I’ve at least done my due-dilligence in exploring the North Island. 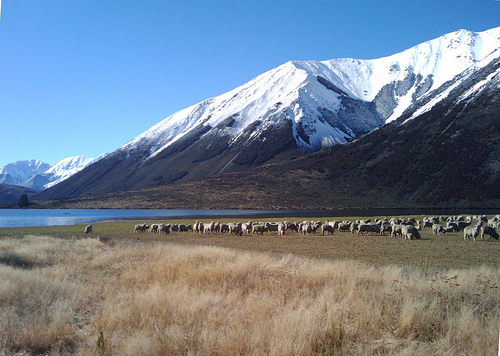 Let’s start here: there are two things you should know about Kiwis (that is, the people from New Zealand not the birds, fruit, or bears (possums)) which serve to summarize them to a large extent in my mind.

Number One. When driving, one-honk is meant to be alerting, or perhaps angry, but two short honks are generally something positive. A thankyou, or hello, for instance. On runs in the country (the “country” starts about 2 blocks from my house in Hamilton), it is quite common for a random passing driver to give a short bee-beep followed by a friendly smile. At first, I was thoroughly confused. Are they upset I’m running here? Do they know me? Are they just being malicious and trying to startle some poor running sap on the side of the road. Nope, it turns out, as I would learn, that they were really just random people, who saw me doing something they approved of (running), sometimes in inclimate conditions (I’m here in the winter, rainy runs are par for the course), and wanted to give a bit of friendly encouragement: “Good on ya’ mate”.

Number Two. You can’t drink alone in a pub. In the states, I’m used to being able to walk alone to a bar, grab a beer and work on a crossword or a good book or write in a journal. In New Zealand, good luck. Every pub I’ve been to, in every town, if there are people there and you’re alone, they’ll walk up to you and start a conversation. “Who’s that bloke sittin’ by ‘imself? Must need some’on to talk to, eh?”. Similarly, If I found I’m making a bit of tea (or coffee) on the side of the road in the middle of nowhere and a car passes, they’re likely to stop and see how it’s going. “What are you up to? Where are you going? Where are you from? Sounds like a grand adventure. I remember when I had a similar one. Sweet-as weather, eh? Go The All Blacks. (etc.)”.

These two things are very different from what I’m used to back home. To me, they quickly summarize the friendly and altruistic nature of the people of New Zealand, who have, as a whole, been remarkably hospitable and accomodating during my time here.

What about the country? Well, my road trip started in Auckland, then I ventured south along the west coast (Tasman Sea) to the mountainous region in the center of the north island. Next, I moved north and kept going north. The geothermal area around lake Taupo and the coromandel Peninsula and the east coast (Pacific) were next. I picked up a friend in Auckland and continued north up to the northernmost point of the north island (Cape Reinga at 34-degrees longitude) and then back south to Auckland and finishing up in the Waikato valley around Hamilton, where I called home for the two months prior. Here are some assorted highlights from the 12 days in the campervan: 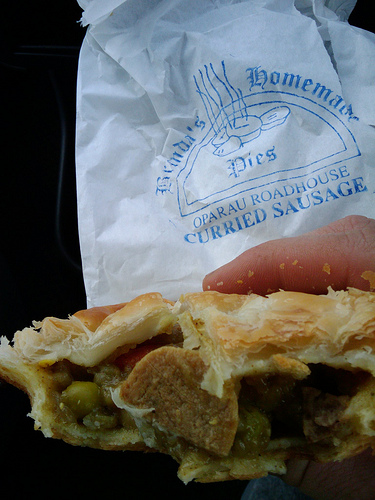 I took a few pictures with my crummy camera phone which are on Flickr. I took a few more with my film camera, but it’ll be some time before I get them developed and uploaded.

It’s been a good summer/winter and I’ve found a second (third?) home in New Zealand. I’m sure I’ll be back as I now have a pile of friends to visit along with a whole heap of didn’t-get-around-to-its. Right now, however, sitting and waiting for my flight to board in the Auckland airport, I feel content and am excited to see my loved ones back home (who will surely make fun of me for the kiwi slang I’ve picked up) and get back to work in Boulder (on my research, cycling, and boulder-projects). I’m looking forward to catching the tail end of summer back state-side before diving into my second winter in a row. My next travels will probably take me to Lake Louise (where I have a conference to attend) and Quetzaltenengo (where Becky has wandered off to). But, those trips are still a ways off and I’m excited to spend a bit of time at home.