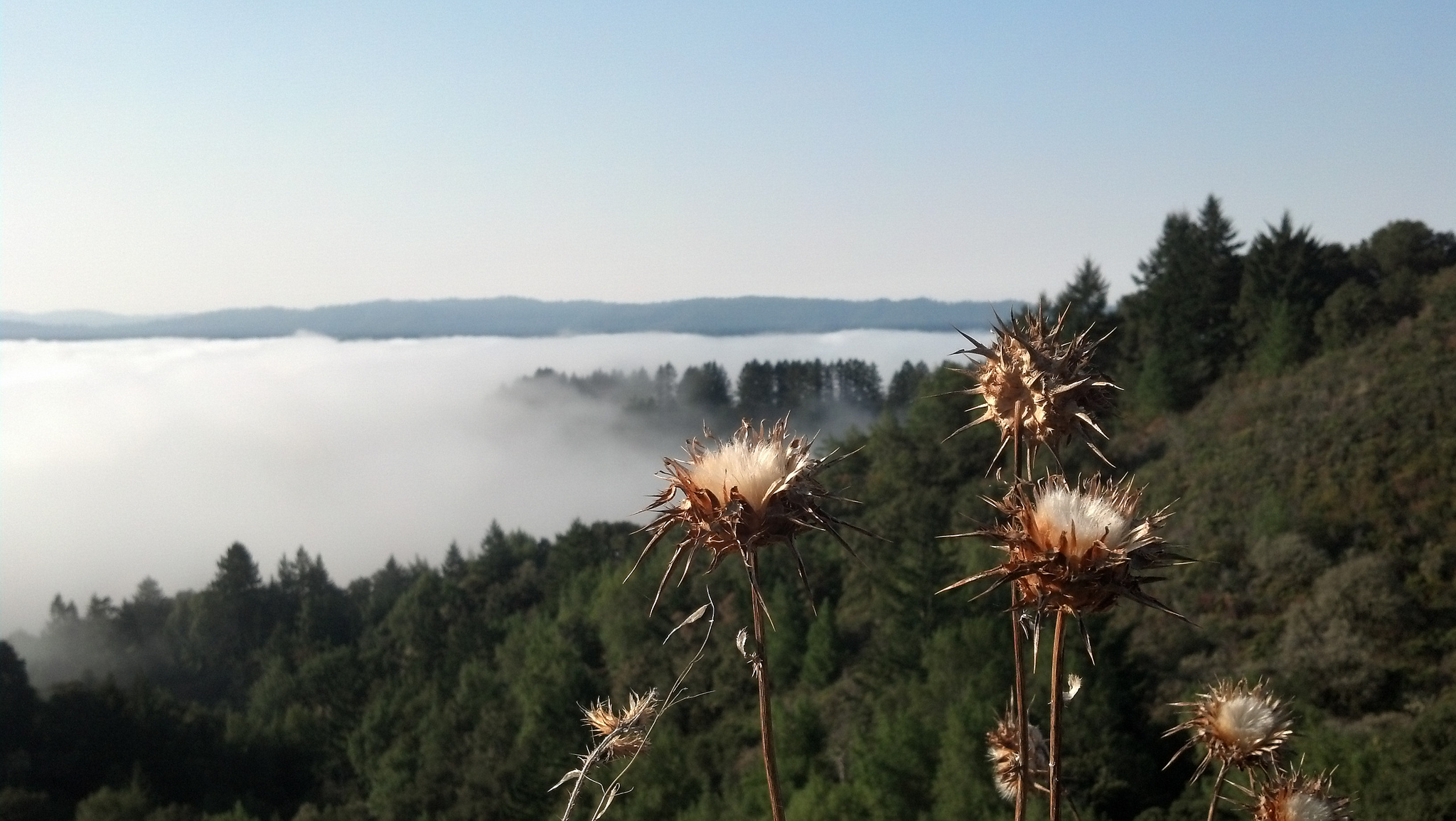 This Friday, I’m doing a serious thing: I’m putting my bicycle in a box and shipping it to Colorado with the intention of following shortly behind it. After two years in the San Francisco Bay Area, I’m moving back to the Colorado Front range to start a job doing scientist-type stuff for the National Renewable Energy Lab (NREL) in Golden, Colorado. It’s not the most convenient time to move since Becky still has nine months in her residency at Stanford, but I’m very excited about starting my new position at NREL and being back near the mountains I love, with many good friends nearby and pleasant proximity to some of my projects. Over the last two years, Boulder Food Rescue has grown and both Falling Fruit and the Food Rescue Alliance have started up, all three in Colorado. It hasn’t always been easy to be involved with those projects from afar. I’ve made trips back to Colorado every few months, and have engaged in far more video conferencing than I ever hope to do again. During the last two years I’ve worked for a number of employers around the country, typically in a consulting role. I’ve enjoyed the flexibility and diversity of the work, but I’m ready to be back with a team of fellow scientists chugging away on big problems every day. The job at NREL promises to be everything I’m looking for in the sale of my labor: challenging work with a talented team of collaborators on problems that have a potential for meaningful impact. With 9 billion humans sharing this planet by 2050, it’s clear that now is a critical time for renewable energy research, and I’m honored to take a role at a national laboratory working away on the scientific questions that need answered to make it work and scale. 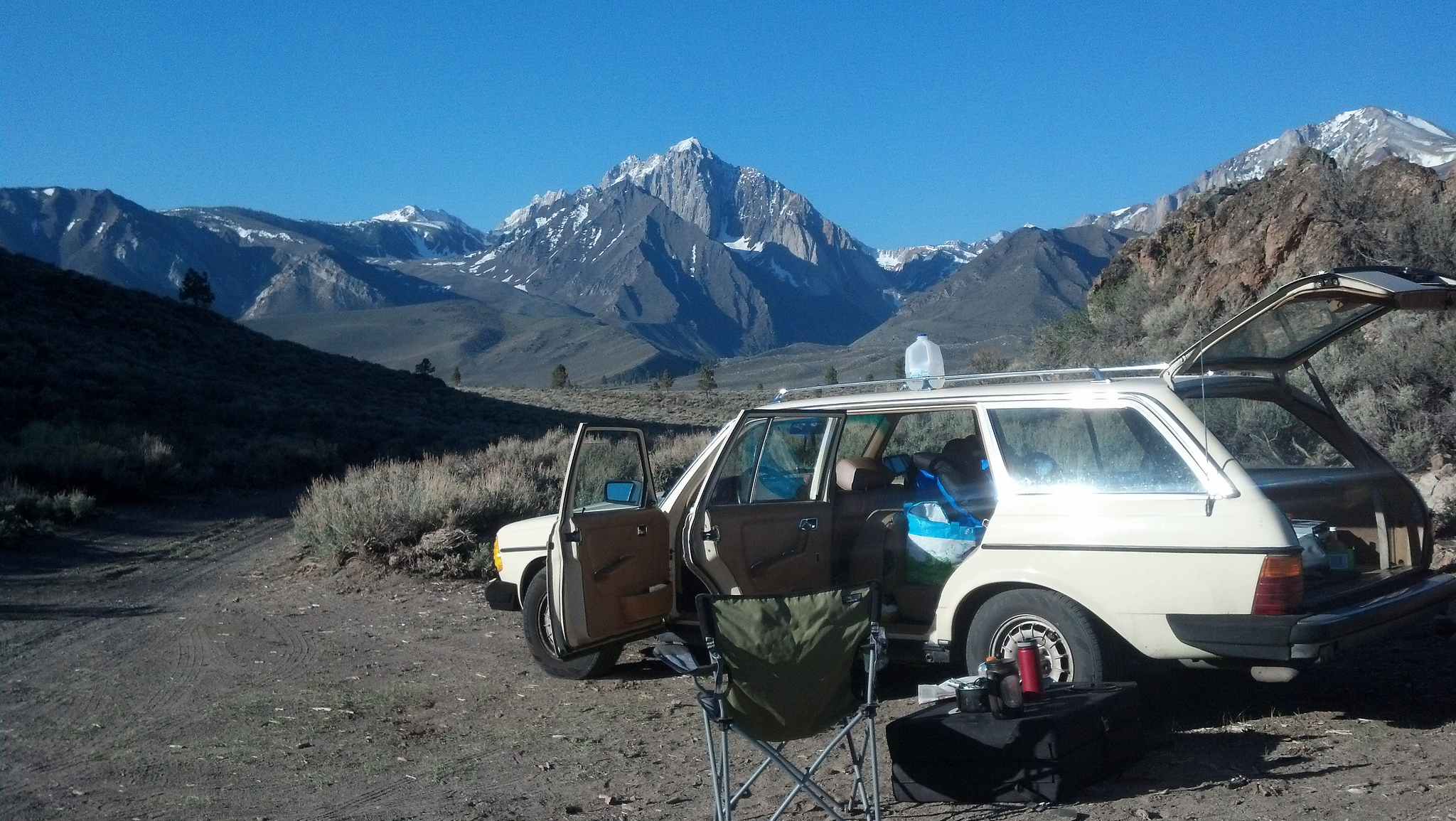 With the move short at hand, I’ve spent some time deconstructing my last two years. I spent a good chunk of that time traveling. I went to Chicago (for the coldest winter in 50 years) and Pittsburgh, Nepal (to do research on sleep at altitude, and build snow yaks), and visited Hawaii (family and the surf), all for the first time. I also made trips back to Oregon, Colorado, Michigan, and New Orleans, as well as a number of exploratory adventures in California itself. As evidenced somewhat by my eagerness to travel, I never really felt like I fit in the San Francisco Bay Area. And, in the last two years I’ve probably spent more time away traveling than I did here at home. My friends in the city have grown tired of listening to me wax on about the relative virtues and vices of the city, its surrounding suburban sprawl, and their denizens. As a conscientious objector to the larger rat race, it seems a bit strange that I would willingly move to Palo Alto. After some thought, I think the hardest thing for me about being in Silicon Valley specifically has been a fairly complete displeasure with mainstream ‘tech’ culture. By comparison, where (and when) I got into computing, it was a relative fringe activity. I learned about computers in rainy Portland, Oregon, hacking away with fellow nerds in dim coffee shops or with friends up all night drinking tea. Computers were exciting, revolutionary objects. Seeing an open laptop on a train would be cause for a conversation. I was outspoken about the free software movement and the enabling power of open technology. I identified myself as a technologist and a ‘geek’ with pride. I’m no longer so proud to use that label. Having moved to the epicenter of ‘tech’, I’ve found the mainstream geek stereotype to be far different than I remember: materialistic, myopic, self-centered. It’s a place where you might trip over an Ayn Rand novel getting out of your shiny new Tesla. The local heros are antisocial billionaire CEOs; driving a Prius passes for environmentalism; the bloat of the rental market means work work work to pay the bills. You certainly can’t pave the streets with ambition, but it does have a particular smell. Coffeeshop gossip isn’t worth overhearing: which latest startup did what? who is funding whom? Conspicuous consumption is more glaring than a redneck boating event; pleasant country roads are crawling with joyriders in their Lamborghinnis, Ferraris and Mclarins, celebrating their middle-aged-white-upper-class-maleness with revelry. Forget the working class, the service class, firefighters, police officers, schoolteachers, nurses—none of them can afford to live near where they work. For your necessary valuable labor friends, you can enjoy a long painful commute in traffic! Every home is an ‘investment’ home and the tenant is mostly without rights. Palo Alto’s voters even recently banned sleeping in your car since they tired of being reminded that there’s rampant homelessness tucked away on the side streets. Each day as I’ve ventured out into the world here, I’ve been a bit bewildered and I’ve wondered what’s going on with this place. It seems that ‘tech’ has run amok. It’s no wonder that in some parts of the city people are blockading buses and the tech influx are seen as pariahs. I’ve heard people claim that blaming the tech companies and their employees is an oversimplification of a more complex trend of gentrification in the Bay Area. I believe that too, it’s not a simple issue. 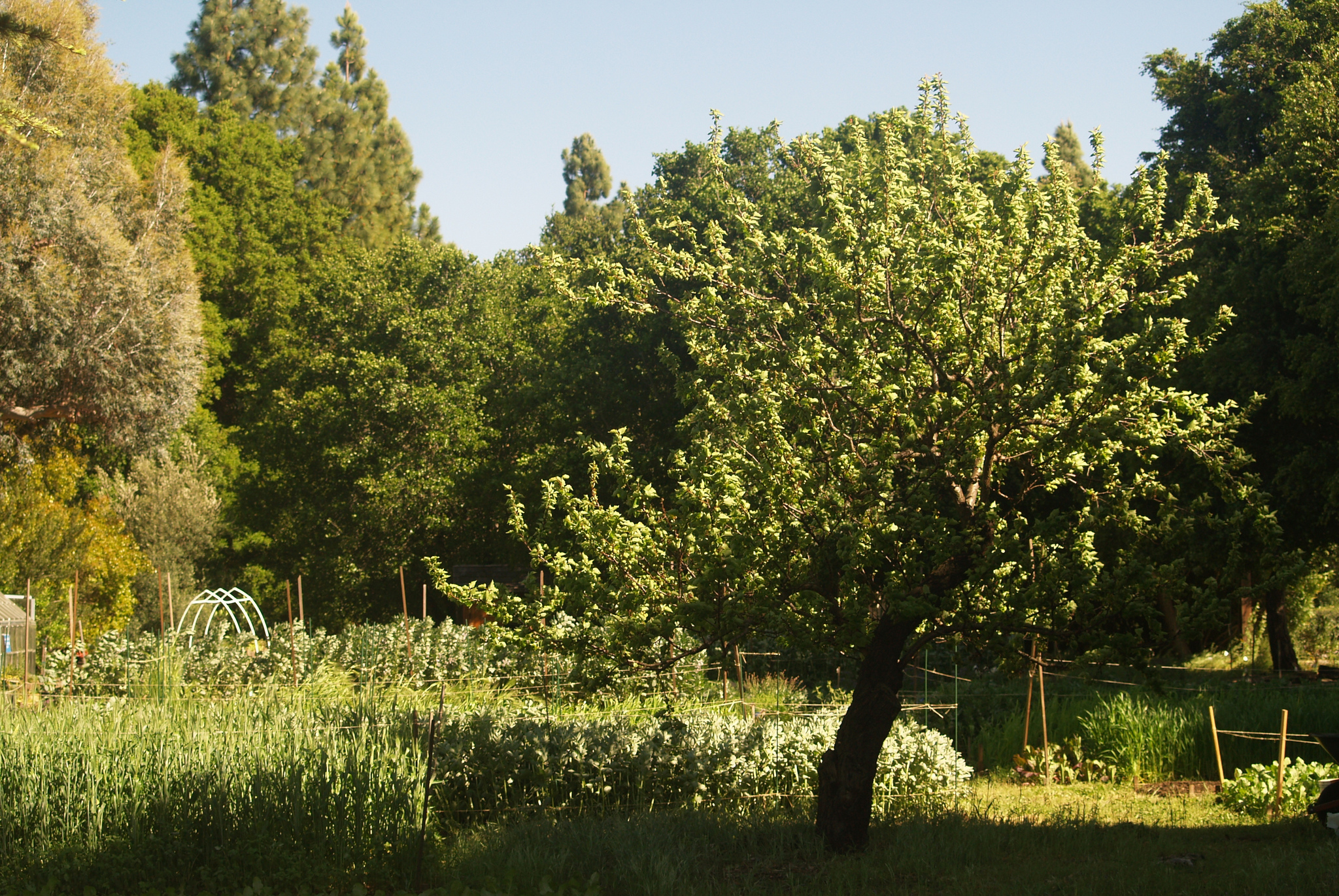 What I’ve learned to do in order be happy here is seek out the good things and ignore the rest. There is some substantial charm if you know where to look (and where not to look). I’ll certainly never forget cutting hard turns through the redwoods, bicycling to the ocean from my doorstep. Living in a house with good folks, working on projects, chatting around a fire, and playing urban homesteader with perfect conditions for it. Gourmet dumpsters abound and there’s always something fruiting, the trees stand tall and healthy, and the doors are open at the local cooperative houses. I got to teach middleschoolers how to grow food (while learning to grow it better myself) and develop a curriculum we’ll be sharing with other teachers this Fall. When people asked me what I did, I said I “volunteer at a local garden”. Escaping the tech-infested peninsula, as it seems those who prosper here often do, I ate more exceptional burritos than any human should, stomped around in the forest and swam against the strong tides and wild waves at Point Reyes. I learned to roll a kayak and ride the surf in. I made friends in the East Bay, had discussions about big ideas, and built things with my hands. I ate the best Ethiopian, Oaxacan, and South Indian food I’ve certainly ever had while extolling the pleasure of substantial ethnic diversity (certainly first among those places I’ve lived). I enjoyed discussions with strangers on the train and chatting with my neighbors about local history while gardening. I never quite found a music venue, coffee roaster, or brewery that was a knockout, but I enjoyed looking. Ranging farther from home, I fell hard for the Owens Valley and particularly the land and mountains around Bishop. I started new romances with the Mojave, Death Valley, and the high Sierra—places I’ll definitely be back to. After some puzzling and exploring, I decided that Pinnacles is actually a lovely place to climb rocks. I’ll leave with a handful of new friends that I wish I could bring along, and am thankful for the time I got to spend with at least one long time friend, who somewhat inexplicably was already living here when I got here. 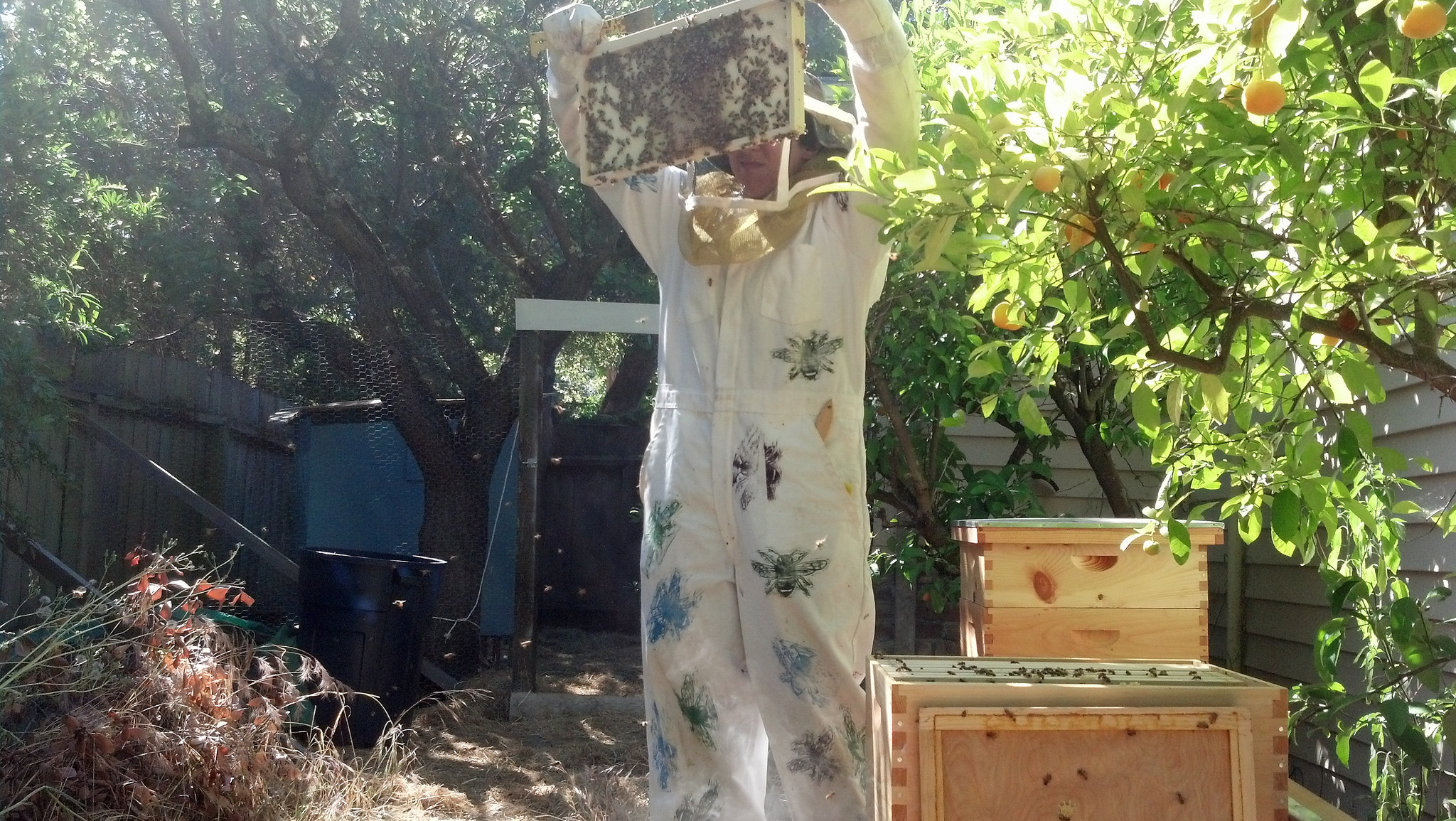 Although I’ve spent a good amount of the last two years perplexed, feeling out of place, fighting to opt-out of what I perceived to be a dominant culture that I thought at one point I belonged to, the struggle was not without value. As a result of living here I know better who I am and what I want and don’t want to do with my life. At least right now, I have unfinished business in those big beautiful, challenging, quiet, and delicate Rocky mountains. I can say with some certainty that ‘tech’ is not for me and you won’t catch me driving a Prius (or Tesla), or ogling a celebrity entrepreneur any time soon, until of course we’re all brainwashed by the vanguard that is being prototyped here. For me, for now, I know I just want to work on hard problems, climb big mountains, help build supportive communities, and try as best I can to make the world a better place. I know where I need to be to do that.