Off on a Wander

So it’s been quite some time since I wrote here. I don’t have a great reason for that, I suppose I simply got out of the habit. Also, I blame the Internet some, which has certainly become a less friendly and welcoming place than it was 10 (or 20) years ago when I did the writing-publicly-on-my-website thing with greater regularity. Still, I think it’s a nice thing to do and it seems a good time to do it. You see, I’ve gone off on a proper wander – Becky and I both took a year off work to travel, do volunteer work, and live our best adventurous lives. It’s been a little over 3 months since we set out, or a quarter of the total time we have taken off, and that seems like a fine time to reflect. 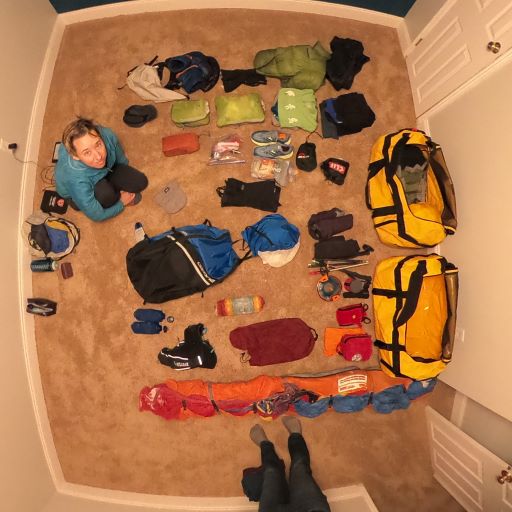 Getting ready to leave was an adventure in and of itself. We moved everything out of our house into storage (unfortunately we had amassed quite some things after living there for going on 7 years) and rented out our house. Since we had decided to take a calendar year off (seemed a romantic thing to do), this also meant we moved out in the dead of winter, which was maybe not the most brilliant idea. Nevertheless, with some help from friends and family (thanks John, Gary, Eric, and Hayden!) we found homes for everything. Within a couple days of our departure we were living in an empty house and sleeping on the floor with two duffel bags per person, which we intended to take with us for the year. It’s more gear than either of us wanted to bring, but about the minimum we could bring to be prepared for four seasons of travel, backpacking, camping, running, and paragliding, the activities we decided to focus on. Just before we left the Marshall fire broke out, and during Becky’s last day of work she had to evacuate the hospital. We spent that night packed and ready to go if our neighborhood evacuated as well. It was an intense moment amidst everything else, but inexplicably we managed to get everything together, a heavy snow came to quench the fire, and we made it to our flight on time.

Our first stop was Maui, a destination we know well and a safe bet during the twilight of COVID travel restrictions. We spent a blissful month there, watching beautiful sunrises and sunsets, listening to the forest birds, reading on the beach, running trails, and paragliding on both sides of the island. We lived in a small cabin upcountry on the Haleakala massif and ate seasonal and locally grown fruits and vegetables from the nearby farmers’ market in Pukalani. It was a restful time and a good beginning to the travel. I read more than I had in years prior, learned to paint with watercolors, and practiced my pen-and-ink drawing. I also took kiteboarding lessons, we kayaked with visiting friends, and I had a very memorable long run from the summit of Haleakala at sunrise. We volunteered with an awesome nonprofit called Maui Cultural Lands to restore an anthropological site and helped the Audubon Society count migrating Pacific Golden Plovers. 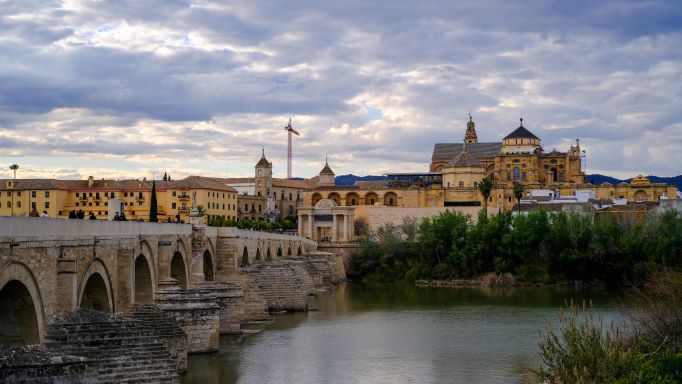 After Hawaii we had to make a decision about where to go next and with COVID restrictions rebounding under the spread of the Omicron variant, our options were somewhat limited. Ultimately, we decided to go to Andalucia, the southern part of Spain and spent the next 6 weeks there. Not knowing anything about the area, we found the landscape reminiscent of parts of Northern California - dry and rural with rolling hills, limestone mountains, and lots of agriculture. We spent a good chunk of time living in a campervan and moving from town to town, paragliding when we could and running or hiking when we couldn’t. Driving the campervan in the old cities and on narrow country roads was an adventure in and of itself. We had some lovely paragliding flights soaring with the local colonies of Griffon Vultures and a very memorable long flight along the coastal dunes north of Matalascanas. 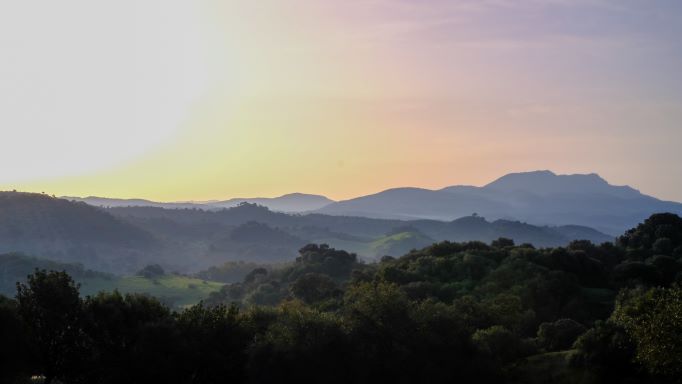 A highlight for the time in Spain was meeting the lovely folks at Artesania del Prado where we practiced pottery and were warmly welcomed onto their farm and into their home. We also spent some time in the famous Andalucian cultural centers and saw some amazing cathedrals, mosques and castles, wandered through the old cities, drank sherry straight from the cask, and enjoyed excellent tapas and flamenco. I probably ate more olives in a month than I’d eaten in 10 years prior, and drank more than my fair share of good Spanish Rioja, having no regrets for doing either. I can’t say we ever quite adjusted to the habit of siesta, and bull fighting absolutely rubs me the wrong way, but I’ve certainly gained a love for the Andalucian way of life, their rich culture, and particularly the rural towns with their Moorish castles and Castillion churches surrounded by endless-seeming olive fincas.

From Spain we moved to Nepal, where I’m writing from now. We had a goal to do some more volunteering here and hoped to use our medical (and other) skills. After working over some options, we found a great fit with the Karma Flights Foundation in Pokhara. We worked with them to design and execute a free health camp in a small village called Arnakot, in Western Nepal, where medical services are limited. The camp was a significant success: together with a Nepali doctor, several Nepali nurses and a dentist, we saw more than 430 people in one day. Patients arrived with a mixture of chronic and acute conditions and many had walked quite some distance to be seen. All medicine and services were provided free of charge. After the clinic, Becky and I stayed in Arnakot for another week helping in their rural aid post and enjoying the daily patterns of life in the village. We walked most of the way back to Pokhara with our friend and guide, Jahm, staying in home stays in small villages. Since returning from the clinic we’ve been helping out with a few more tasks related to the health clinic program and consulting with an educational nonprofit about potential improvements to the computer labs they are installing in middle schools. Between the volunteer work, we’ve found some time to hike and fly in Pokhara and did an amazing walk up to the base of the 5000m peak Mardi Himal and flew back down (3 days walking up, 30 minutes flying down!). With less than a week left in Nepal, I’m already thinking about when we will return. Our time here has been wonderful and we’ve been very fortunate for all the warmth and hospitality we’ve received. 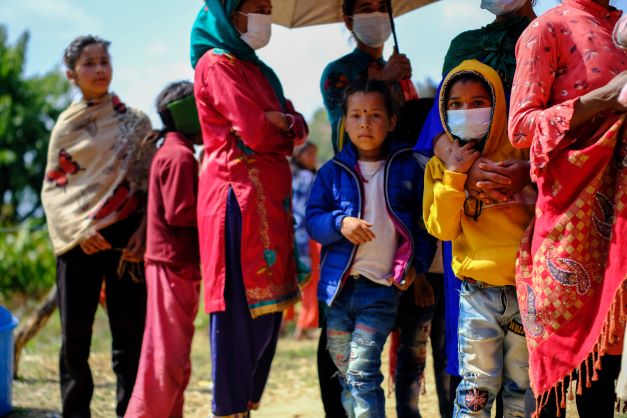 After three-ish months, reflecting on where we’ve gone and what we’ve done thus far has been interesting. On the positive side, I’ve noticed how the connections we’ve made with people has really defined a lot of the trip so far. We have enjoyed community in paragliding, volunteering, and craft. We’ve also met lots of people randomly, had good conversations, and enjoyed delicious meals. We’ve been welcomed right into people’s homes and to their dining room table. We’ve enjoyed having time to learn and practice the local languages and that has led to deeper interactions. These experiences, as much as the adventures in beautiful natural places, really stand out. We’ve also found a good bit of nature, and taken delight in the trees, birds, plants, and mountains. We’ve been able to see the seasons change, a delight usually reserved for being at home. 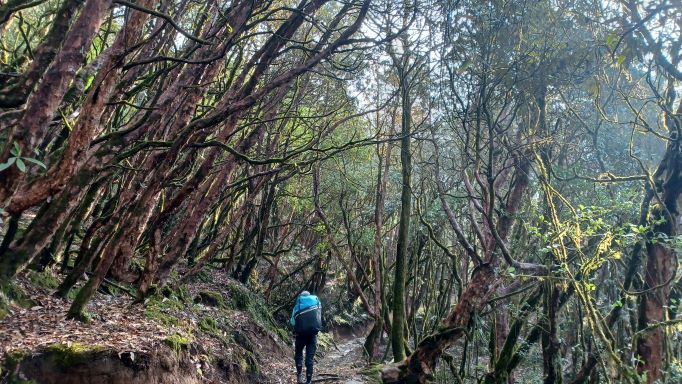 On a more somber note, however, we’ve also been a bit saddened to see, repeatedly, evidence of impacts from a changing climate and growing global population. Changes and impacts that felt conceptual just 10 years ago seem to slap you in the face in 2022. Simply put, more people are making more demands of natural resources than those systems can support and examples abound if you take a look. This is even more apparent when traveling and the effects are perhaps amplified (or more visible) in rural places, where we’ve spent the bulk of our time so far. In Hawaii, we saw residual devastation from a severe storm (Kona Low), which took out roads and power/water infrastructure and upended the hydromorphology on the islands. We learned about the long, hard fight to preserve endangered native species and native landscapes. We learned about migrating bird species, uninterrupted in their habits for thousands of years now having plummeting populations in the last 50. In Andalucia we were surprised to find poor air quality, even in rural places with low population density, due to burning of trash and biomass, as well as pollution from more populous cities to the north. We spent time in the cork oak forests and saw evidence of significant overgrazing and overharvesting - these historic agrarian patterns simply do not scale so well to the modern era’s greedy appetites. The Spanish diet is heavy in meat and the population is growing. As a result the rural areas are studded with massive dystopian poultry and porcine barns you can smell from miles away (or thousands of feet up in a thermal). We left Spain during a storm where it rained brown and red dust from the Sahara, a meteorological rarity. In Nepal, the impact of a growing population and rapid development is omnipresent. There is haphazard construction, evidence of overgrazing and overharvesting in the forests, and very poor air quality from burning trash, brick kilns, motorbikes, dirt roads, and diesel engines – most days the mountains that make Nepal famous cannot be seen from the valleys below. Everywhere we’ve gone there are worries about water. There are worries of increasing political instability and war. People talk of changes to the normal weather patterns and how unusual they are. Wilderness and its inhabitants, fragile and precarious against the backdrop of humanity, is at significant risk. 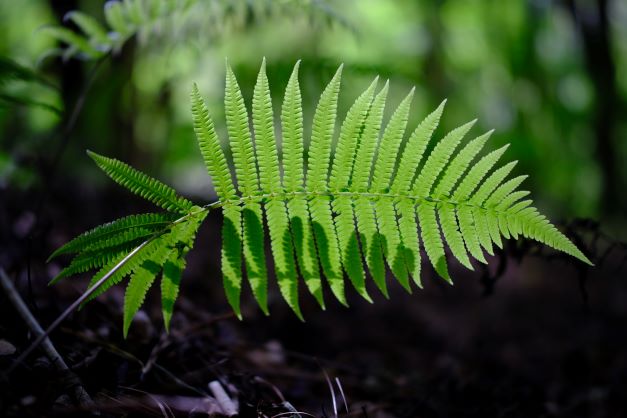 Though I think about these themes at home (particularly with Colorado’s increasing wildfires and drought), seeing them while traveling abroad has also been eye opening and more than ever I’m concerned about the dire need for conservation. Certainly we need to shift to cleaner modes of transport and energy production, introduce significant regulation and solve a whole host of other issues. I’m also worried that this will not happen and we’re at a critical time to conserve the last bits of wilderness and biodiversity that remain. I’m certainly not the only person (or scientist) concerned, and I know many people are worried. There’s a new report every week it seems, talking about how desperate the situation is. It’s perhaps most upsetting to see so many problems and to know the solutions exist, but without the political or social will to make them happen (and quickly). This, and a theory of change, is something I continue to think about. Though there has been plenty of beauty and lightness during our travels, the larger context is also a part of the experience of being on the planet in 2022. 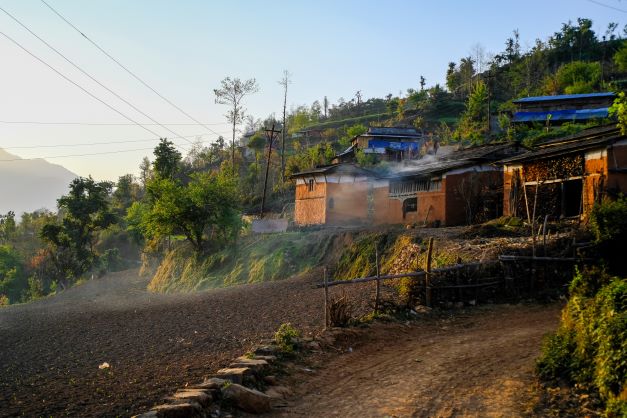 Taking it together, the past three months have felt like an immense amount of time. In some ways, it seems a bit like being in another reality altogether. It’s striking and maybe worrying how quickly time can seem to go by comparison during the normal routine of work/life. This too has been a lesson. I’m thankful for the time and the opportunity to be with Becky on this adventure. We’ve had a wonderful time so far, learned and seen so much, and we’re just getting started.