Off on a Wander III - Spring

Nine months of travel and the most remarkable thing is how the constant movement has become completely normal. It’s amazing, what our brains can do, in terms of normalizing and adapting. So good is this tendency in fact, that I have had to in the last couple months, shake myself a bit – remind myself of where I am, what I’m doing, and how far from “home” I am. I don’t feel as though I am taking for granted the opportunity afforded through travel, but I do have to press a little more diligently to discover that disorienting and blissful feeling of total newness, which tends to fade more quickly after arriving in a new place. Through a different lens, change and newness has become its own sort of comfortable home to which we are increasingly adapted. I understand a bit better now how some people just keep traveling for years, or decades, and I think I have a better view of the world as a “whole” than I ever have before (though I am also increasingly aware of how big and amazing this planet is!).

In July, Becky and I took separate paths for a bit. I made a trip home to Oregon to see friends and family and Becky walked the Scottish West Highland Way with her mother. Afterward we reunited in England briefly before heading to Norway in early August. Norway is a place I had wanted to visit for some time and it was exciting to get there at last. We spent about five weeks in the country, starting far north in the Lofoten islands, then moving south to the paragliding and hiking capital of Voss(evangen), and finally we moved to the central Jotenheimen National Park to do some hut-to-hut backpacking. We had challenging, but probably entirely normal weather in the Lofotens – heavy rain and wind at times, and very cold and wet conditions. We were attempting a long crossing of the archipelago on foot and despite the weather were mostly able to do it, though we did a few sections out of order and skipped a couple that either weren’t reachable due to bus route changes, or gave us an opportunity to dodge a weather system. These islands are incredible – receiving warmer weather due to the gulf stream, yet well above the arctic circle. The peaks are steep and striking and the backcountry trails are rugged and demanding. The Instagram-tourism is a bit oppressive in some of the more photogenic fishing villages, but it’s also easy enough to slip into the mountain areas where you might not see anyone else for a day or two at a time. 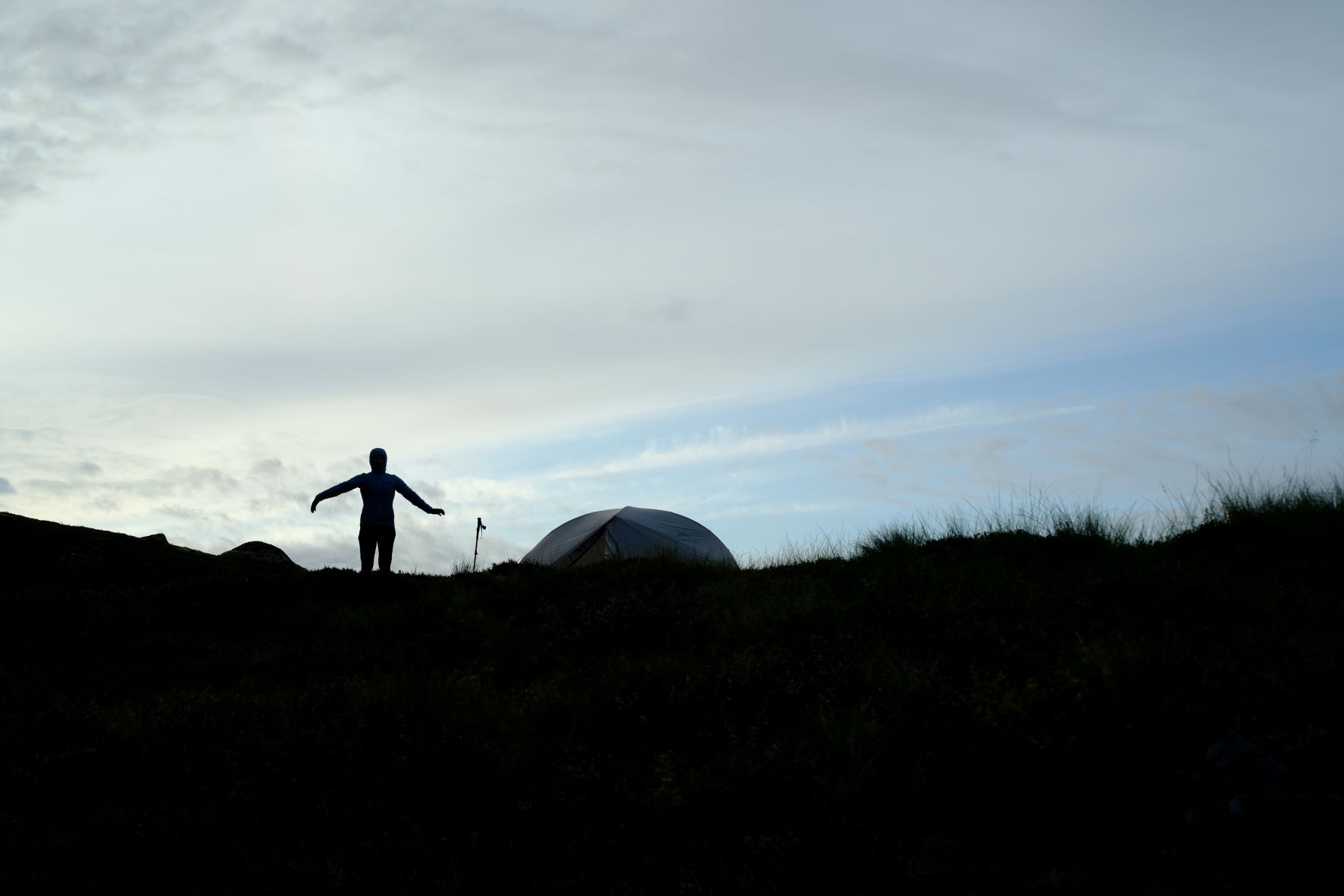 In Voss, we were able to dry out a bit and do some paragliding. It’s a nice town and was a fine place to spend a week or so. We didn’t get so many flyable days, but the ones we had were very nice. In Jotunheimen we had a whirlwind tour of the park with long walking days between huts. Each day we powered up on Norwegian breakfast and set out to do a long crossing. It was an awesome week and we had fantastic weather for it – the first nice week of the summer, or so we were told by the locals. After Norway, our remaining time in Europe on the Schengen-area visa was dwindling and we had packed in a few final visits. First, we went back to Spain to see our new friends and pottery mentors at Artesania del Prado in Olivera, Andalusia, then we road-tripped across Spain and Portugal to meet up with traveling cousins and their friends in Porto. In between we spent a couple days in the Portuguese country and had a nice paragliding day near Nazare. After Portugal, we skipped over to Geneva on a cheap flight and settled into Chamonix for a week. We did lots of hiking, ate cheese and croissants greedily, had a little flying, and enjoyed watching Fall arrive in the mountains. On my last day in Europe in 2022, I got up early, walked a kilometer uphill and flew down along the line between shadow and sun, taking in the grandeur of the Mont Blanc massif. I can’t think of a more fitting goodbye to the continent where we spent nearly five months this year.

After Europe, our plan was to visit friends and practice pottery in Japan, but the Japanese border was (is) not yet open for independent tourists. On a bit of a whim, and a bit last minute, we decided to spend some time in Australia instead. Having known very little about Australia, I didn’t have any particular expectations but was hoping to do some hiking in the bush and perhaps some paragliding. Perhaps, I could see a kangaroo! I booked a camper van for a few weeks and set off to travel the SE part of the country. What I’ve found has been wild and wonderful – steep mountain trails, native bush, and all sorts of new (to me) fauna and flora. The birdlife on its own is worth the visit – really a birder’s paradise. Meanwhile, Becky found a volunteer position in an animal rescue working with kangaroos, wombats, and other native critters. It’s been a glorious couple of weeks and we are still en route, set to rendezvous soon and continue our journey south to Tasmania. 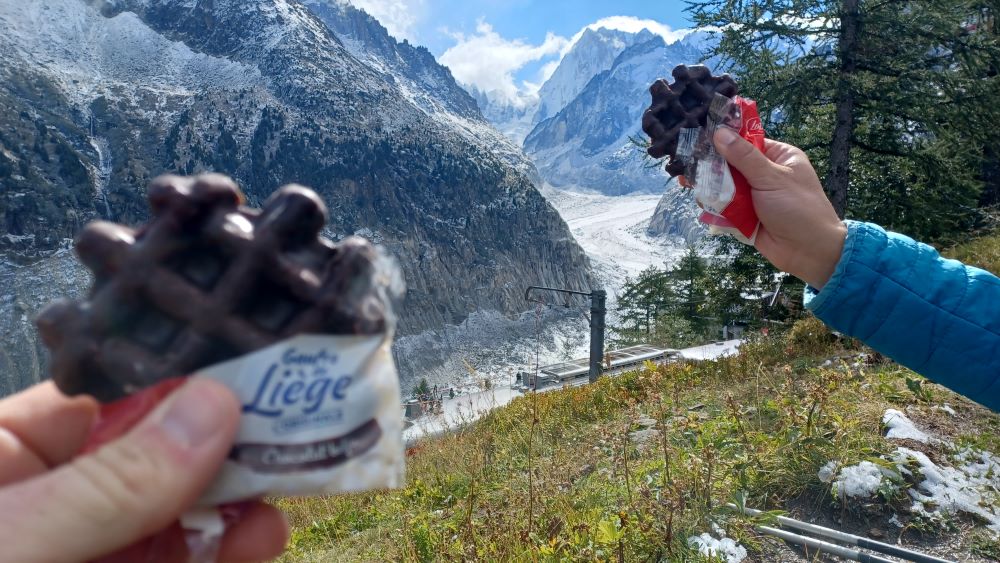 To go from the beginning of Fall to the beginning of Spring (first snow to blooming trees) in such an immediate transition really has felt confusing and disorienting but also completely awesome. Without intending to, we have more or less followed Spring around the world – we were in Spain, Turkey, Nepal, Germany and France in their Spring time. Then we moved to the part of the world where it is never truly summer (Ireland, Great Britain, Norway). We had the briefest glimpse of summer in Spain and Portugal, but only as it started fading to Autumn and then we were off to the Australian southeast for Spring part two. This unintentional preoccupation with the Spring season suits us – it’s the weather we like best, and is a great time to enjoy wild places. Though it has meant a fair bit of rain throughout the year (sometimes a good deal more than we would have preferred!), wet weather also has a nice way of dictating the pace of life slowing things down a bit. Staying in the southern hemisphere, we will round out the year in Spring before heading back to the northern hemisphere where it will be, strangely, Winter!

We now have just three months left on our year away, and while it is still a significant amount of time, it no longer feels endless. Certainly we are starting to prepare logistically for returning home, and returning to work and so there is a notion of an end. In a way, it’s a bit sad to discover and accept that finality, but also being away has helped me find a new fondness for being home and the idea of being in one place for a little while after so much movement sounds just fine too. I am happy for my job and my coworkers and happy to return home to an awesome place like Colorado. I’m also certain that many of the places we’ve visited we will be back to, though I expect we may find them different. There is a feeling I’ve had during this year of how rapidly changing some parts of the world are – particularly the developing world and the increasingly rare wild places – it’s possible that some of the places we’ve visited will be difficult to recognize if we make it back. That apparent fragility makes it feel more important than ever to take these kinds of trips and see the world as it is today.